How I spent my summer vacation... 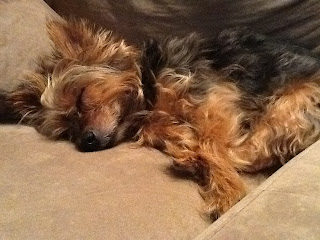 and the rest of fall... and my winter vacation...

When mama got a video camera for Christmas from Special Grandma, I was sure my blog would have a resurgence... didn't happen... Then Daddy got her an iPad!!!! Again, my creative outlet was squashed... Here's hoping one of these lights a fire under her... 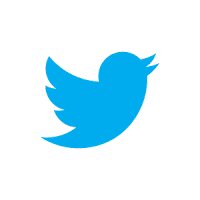 She is trying to figure out Instagram today... which means my plans for barking at everything that walks by our wide open windows [it is actually not 110 degrees and humid today in Baltimore] are being interrupted by tongue clicks, and fingers snaps and orders ["Tuffy! Tuffy Bear look at Mama!! Tuffskinssssssss"]...

But I am willing to suck it up if it means I get my voice back... Here's hoping... Another post about Lily [the drama queen] forthcoming...
Posted by Jenna at 10:00 AM No comments:

It's the most wonderful time of the year!!

... no, not those two holidays coming up... This guy knows what really makes the season special... It is Snuggie weather!!!


Full disclosure here... I too dismissed the snuggie when it first came out... those horrible ads didn't help the cause... but Mama followed Aunt Tiff's lead and got one for daddy for Christmas last year! One chilly night of cuddling later and I was hooked!!!! It is cozy and wonderful and, most important, I can flash my fierce Giants spirit without having to wear a shirt!!! Translation: DOGGIE GOLD!!!!

I love playing puppy games with my Daddy... he thinks I'm funny and I love to make him smile and laugh... but every once in a while it takes all the puppy patience I can muster to play daddy games... Like the other night... I found myself stuck in the sofa... not ideal - but, then again, this isn't the first time this has happened... 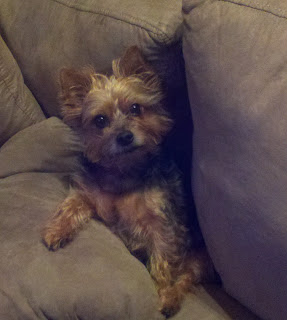 HOWEVER... last time a few clicks of the camera to capture the moment and Mama and Daddy rescued me... not this time... Daddy started blowing in my face to make Mama giggle... so I had to put him in his place... then again... and again... finally - I had to let out a mournful whine/yawn to bring the madness to an end... Don't be put off by my ferocious choppers... I am just trying to get my point across... I am the boss and I own you Daddy...


Most people don't realize this - but sneezing and yawning are very important when it comes to puppy intimidation tactics... Obviously - the stiff arm/paw swipe is most effective....
Posted by Jenna at 4:40 PM No comments:

so remember that post about how I "used to worry about my appearance" [yeah that post from what seems like just yesterday - dogs can't tell time!!!!]? I was a secure [stocky], confident [well, not feeling too bad about myself] little guy [maybe not so little anymore].

So there I am, not sweating a few extra ozs [ok, so maybe a whole lb] - a real dog, not some runway dog and Mama starts pushing some theory about strain on my joints [blah, blah, blah...] and next thing I know... 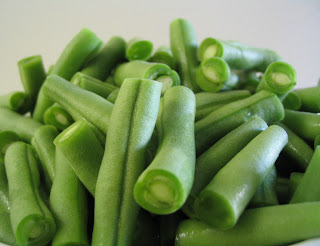 ... if you want to sprinkle my kibs with something - how about some cheese!!!! I'm not some vegetarian hippie dog in Berkeley - I am a meat and potatos kind of dog!!!!!! [Don't tell Mama, but they aren't that bad... I don't want her getting too excited and start giving me sprouts or kale or something!!!!!!!!!] But still - I needed to get her attention, so I had to create a little diversion in the hopes of scoring some sympathy cheese... I should have put more thought into it because I clearly forgot just how high up the bed is... One serious Yorkie 'face plant' later and I got a little red meat and a whole lot of Mama love... [worth a little bump on the noggin]...

I am about to fake a limp, gotta go... And remember... Never... EVER... underestimate the ability of this guy when it comes to pulling the heart strings... 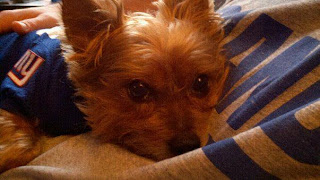 October 3rd is a very special day... my PeePaw has a very big birthday! I can't be there to wish him a happy birthday in person, so I did the next best thing... I channelled my inner PeePaw - which apparently manifests itself in a little white handle bar mustache!!! So Happy Birthday PeePaw! I love you a whole bunch!!!


I would prefer that this birthday post be only from me - but Mama says that PeePaw is Lily's PeePaw too [why do I have to share EVERYTHING with my little sister????] so I have to let her post too... So please remember the following post was written by Lily, not me... apologies in advance for the baby talk...


Happy Birthday PeePaw! I wish that we could eat ice cream together and watch Animal Planet! I love you very, very much! I asked Mommy to take this pretty picture for you! I am wearing a red ribbon because the Giants are playing on the road today and wearing their away jerseys... OK I need to go steal Tuffy's toy, I love you!

So there you have it... big day tomorrow... not to mention - I am going to have another cousin any day now! The rumor is that it is a girl, which makes Lily all excited because she likes pink, but my cousin Sami is pretty cool - so I'm not (too) worried...
Posted by Jenna at 10:37 AM No comments:

Working on her fitness...

Lily is just a slip of a puppy... She is dainty and delicate like a girl should be... I used to worry about my appearance too - back when I was an only dog and the sun would rise and set for my mama in every thing I did... That all changed when she blew up my scene so, admittedly, I have lost some of my motivation to hit the gym... These days - I eat what I want and blame the appearance of extra lbs on my furry Pom lineage...

Now - don't get me wrong - I have no interest in having another little sib, but I would be lying if I didn't sometimes wish Lily knew what it felt like to be replaced with a newer, younger model... But I am starting to think that she might have a little inkling into what that might feel like thanks to a Pom named Boo...  [Welcome to my world!!! How does it feel Lily??] Mama is obsessed with this little guy... [frankly - I am sick of hearing how "cute" he is too!!!!] but - I would be lying if I said I didn't relish seeing her feel a bit insecure and manic [so thanks Boo - if you come to Baltimore on your book tour - I will buy you a chewie]... Example: yesterday... Daddy went out to watch football - Mama stayed home with us because she said she felt "subhuman"...  [Whatever that means: I like it! She just layed on the couch ALL DAY!!!!] But I digress...

Rather than just crash in the sun and enjoy a nice scratch - I look over and the kid is doing calisthenics in her sleep!!!! I could almost read her mad little mind [Screw you Boo! I am the cutest dog in the world!!!! I will not be outdone!!!! I am Lily Luv!!!!!!]

It's been a while [I know]... And my public really needs to hear from me [I'm sorry]... But frankly - 2011 has been a blur... I retired [work was killing me] and it has been difficult to find a routine. Lily never got past an internship with me so I have her to deal with full-time... No rest!

But anyway - on to the point... Last night the power went out. Now we have weathered an earthquake, hurricane and tropical storm, but 65 and clear skies was a disruption to the grid... [Thanks BGE]. Mom cracked open the windows, dad set the alarm on his cell phone and everyone drifted off to sleep...

until 2:00 a.m. That's when the alarm must have realized the power went out. [Beep Beep] Now mind you, I immediately started telling mom [barking] that the house would have been cleaned out by now if this were a robbery and not just a power outage [bark, bark, bark]. I could be in the reckless hands of some common criminal [BARK, BARK, BARK]... Mom jumped up, punched some buttons and the Beep, Beep went away...

And continue until 5:00 a.m. this morning when the power came back on...

What a disastrous night ...  I don't think I have ever been happier to see mom and dad [finally] drag their butts out of bed and leave me to get some sleep... They took their time too, a bit inconsiderate if you ask me... I was up all night for heaven's sake... But now, all is right with the world... 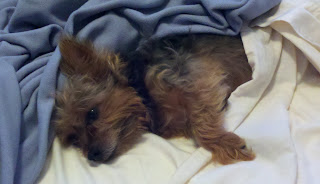 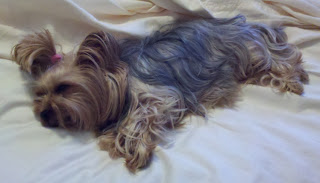 If 5 o'clock p.m. never comes, it will be too soon... I am sure mom and dad are sleeping at that place they go to during the day... 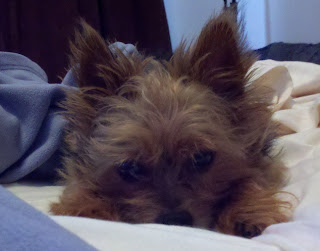 Jenna
I am a crazy dog lady... Not the kind that has 2 dozen running around the house - but the kind that believes they deserve to have their birthdays celebrated and I damn well better get a Mother's Day card every year!!!! Tuff turned 9 on April Fool's Day 2012 [impossible!!!!] and Lily will be 6 on Christmas eve... They share a human mommy and daddy - but not doggie ones. 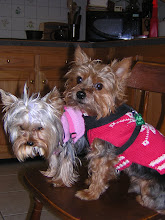 Getting ready for a walk at Grandma's house